What is an Arduino? Why Should I Own One?

If you are wondering what an Arduino board is? And how it can help you to do your own project.
Then this post is for you to get a clear picture of what it is. 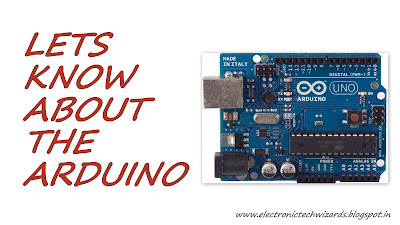 Arduino is a single board micro-controller and it is an open-source hardware which works on Integrated Development Environment(IDE).


"Arduino is an open source electronics prototyping platform
based on flexible,easy-to-use hardware and software.Its  intended
for artists,designers,hobbyists and anyone interested in creating interactive
objects or  Environments"
-arduino.cc


HISTORY:
Lets know the history of this little master mind.
Arduino was developed in 2005 at Ivera Interaction Institute ,Itally and it was designed by Massimo Banzi,Giancla Martio ,Dave Mellis,David Cuartielles with Nicholas Zambetti.
It was named after one of their kings Arduin of Ivera.

Over the time arduino boards have Evolved into different shapes and sizes with different specifications.
These boards can be classified based on Categories like

There are varieties of Arduino boards with different versions are available to serve different purpose with same core functions. 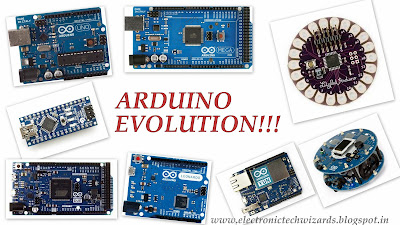 Some of the popular Arduino boards are
But in this blog we are going to do projects with Arduino UNO and I will give a detailed explanation about Arduino UNO on my next post.

The Arduino uses an open source software IDE (Integrated Development Environment).
It can be used to easily write program codes and upload it to the Arduino board.
This software runs in cross platforms.

Why Should I Own a Arduino?

Well,if you are like me a beginner in electronics who wishes to work with electronic circuits and create a own  interesting  projects but postponding things without knowing where to start and how to do?
Then Arduino is your solution!!!
With Arduino in your hand along with few sensors of your choice you can do many interesting stuff in a short time without great difficulty.
Why Arduino?when there is a lots of other micro-controller boards available?
There are few  reason I prefer Arduino over other boards.

1)It Is Less Expensive

Most people don't wish to spend too much money on their projects when they are trying to learn new things .With Arduino  you don't need to worry about the expense.
You can buy one at a low cost around  24$ or 1400 INR (for Arduino uno) or you can make your own Arduino board with blue print  and circuit design available online.
The Arduino clones are also available in the market which are half the price of the original one and it works exactly in the same as the original one.

With Arduino software you don't have to worry about your OS since it is cross platform software you can install it in any OS like Linux,Windows ,Mac OS,Macintosh.

It is simple and easy to learn even a armature electronic hobbyist or a school student can understand the concepts and learn it fast and do their own projects in a very short time.

I Strongly recommend Arduino board for Engineering students ,School students and Hobbyists who wish to learn Electronic concepts in a fun filled way.
Posted by ElectronicTechWizards at 09:13